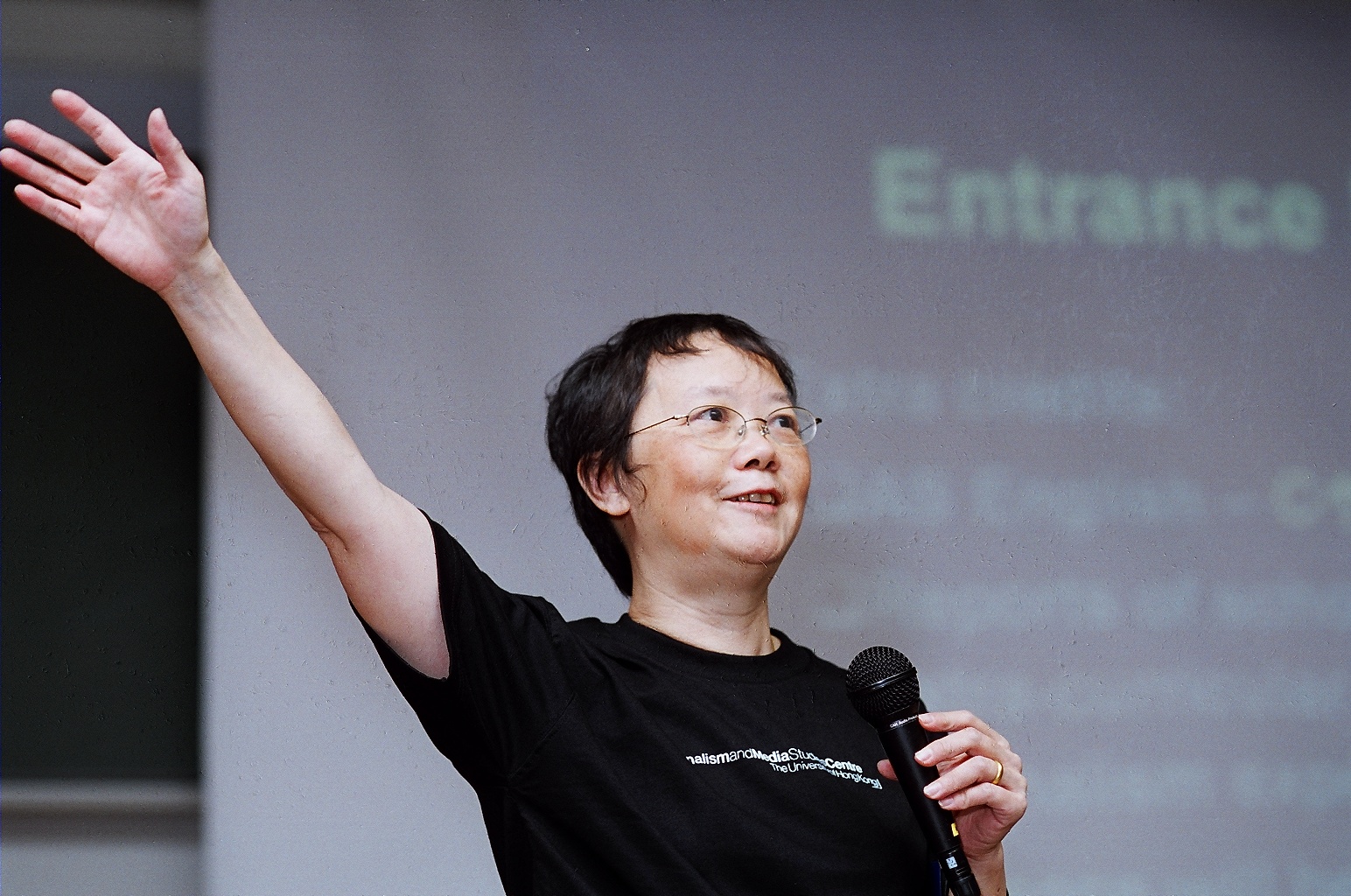 Keep up the good work

When I came home to Hong Kong and started at HKU in 1998, I thought I would spend two or three years before going back to New York City, my other home for more than two decades.

Now, here I am, 18 years later, with many new friends and colleagues I have come to know as we lived through challenging times for journalism.

Over the years, the news industry has been disrupted worldwide. Traditional newspapers have closed. Jobs in newsrooms have vanished. The media ecosystem—ownership, financing, revenue, consumption pattern—is undergoing sea change.

But change can be good. In nimble or bold steps, digital media have emerged to take up the challenge to inform citizens about what they need to know to participate in society’s governance.

Yet there is also a dark side to the digital revolution: misinformation, hate speech, censorship, cybersecurity laws and the concentration of power by the internet corporate giants. Now, more than ever, we need skilled journalists.

The core values of journalism remain unchanged: critical thinking, fairness, concern for the weak, and the courage to take on power.  The skills required to uphold these values also remain the same: reporting and writing, and the ability to process complicated information in compelling ways across platforms.

We will have to keep learning and reinventing ourselves. While we are still catching up with computational journalism, visualisation, big data, we now have to cope with AR, VR, MR, drones, algorithms and machine learning, and new technology such as blockchain, which can enable journalists to maintain ever-growing lists of data records and keep them secure from tampering and revision.

We all know that press freedom in Hong Kong is being challenged, as it long has been on the mainland and in other Asian nations. But then everything is relative. One day last week, I received this email from a colleague, war correspondent Kevin Sites:

Hey All, just an FYI ...Our friend Massoud Hossaini possibly in peril at The American University in Kabul.

Massoud is a Pulitzer Prize-winning photographer who has spoken at the JMSC. We were relieved later to learn he was safe.

Many great speakers such as Massoud have come to the JMSC over the last 18 years. We also have hosted great conferences and made great partners.

Most of all, we have had the privilege to help nurture great students who know the importance of telling compelling stories in whatever new ways that come along.

A University of Hong Kong committee proposed that HKU launch a journalism programme. A university official discussed the idea with a HKU aluma who had left Hong Kong years before. She was the former chief editor of The Undergrad, the HKU Students’ Union newspaper, and happened to be back in Hong Kong visiting her mother.

After HKU, Ying Chan had carved a top-shelf reputation in both the Chinese and English-language press in New York City. At their meeting, Chan began flinging ideas at the HKU official, one after another, and in July of 1998, the groundwork began being laid for the formation of the Journalism and Media Studies Centre.

People around her know she has a knack for ending her sentences with the question, 'Right?' But it is not really a question. It is part of a statement, meant to prompt, provoke, inspire, cajole, or simply start a discussion about her latest idea. The sheer number means some do not fly, but many do, and this accounts for the enduring legacy she leaves as she moves on to new endeavours and the JMSC enters a new era.

Our story was a hard one to tell and so our cutting-room floor is unfortunately cluttered. But the mission was too daunting—five Chinese premiers have come and gone during Professor Chan’s reign, not to mention three US presidents, including one who served eight years and another who is closing in on eight.

For this website, we created a timeline that shows only a sampling of key events over the last 18 years. We also built a slideshow featuring too few of our distinguished alums. In addition, we cribbed a bit from HKU education theorists and huddled our subject menus under variations of words they use—Innovation, Interdisciplinary, International and Impact. 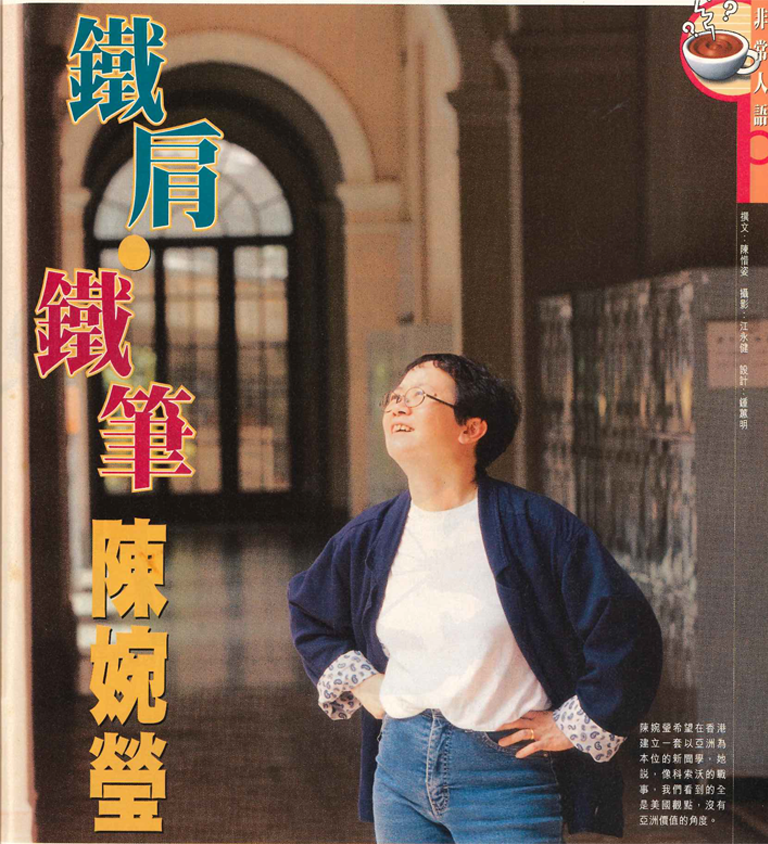 In May 1999, as she was recruiting her first class of MJ students, Professor Chan was profiled by Next Magazine. The headline refers to her 'Iron Shoulder, Iron Pen'.

They work for us because the JMSC has blazed trails in each of those areas.

We have innovated and impacted in interdisciplinary and international ways since our classes began in 1999. We were blogging when Facebook and LinkedIn were not even ideas yet. We turned a staid old dormitory into a highly digitised learning centre. Our students come from the world over and leave to make marks in many fields. We work across disciplines, with HKU partners and others on multiple continents, academic and professional.

We regularly devise new ways to present stories and study our profession. As Professor Chan says, journalism is broader than the practice of it. That is what she had in mind when she came up with our name, the Journalism and Media Studies Centre.

Some have referred to her as Typhoon Ying. It is a good metaphor, except for one part: typhoons leave debris in their wakes. Not much debris left here. 'Tiger' might work.In Chinese mythology, tigers are brave, open, confident, adventurous and independent. They are suited for careers as writers and artists.  Makes sense, right?